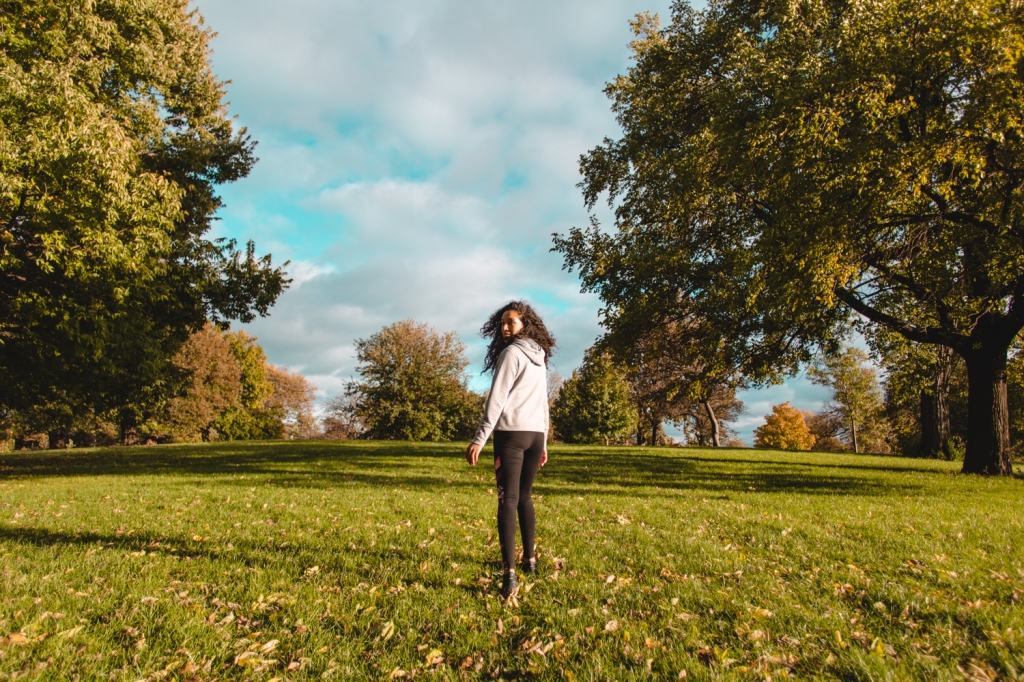 The idea of storytelling as activism, as processing your feelings or trauma, as connecting with and learning about other women, is an idea that, for me, is almost totally intertwined with Obvi as an organization and as an idea. And I think that’s largely because before I was involved with Obvi, I didn’t really know that I could do that: Share personal parts of myself as a part of something larger or to make myself more complete.

I don’t know if I didn’t think I was qualified, or if I thought my life wasn’t special enough to talk about or what, but I did not do it. It never even occurred to me.

When I was younger, I barely ever shared anything real with anyone. I’ve been told a lot of times that I’m a hard person to get close to. I don’t let people all the way in. I let them part of the way in, and even that takes a lot.

All the way through college, that reluctance to really connect with people manifested itself in a few ways. One is that when I was younger I spent a lot of energy on what I think is now called “personal branding”, not in the same way, obviously, but especially in jr. high and high school, I was obsessed with sort of controlling the way that people saw me and thought about me.

And even out of the people I did spend time with, I only let a select few really know about anything I thought was actually important about myself. And then people who I did share things with, I sort of compartmentalized, so certain people knew certain things and other people knew other things. Nobody was privy to the full picture.

Once I felt like I had revealed myself to someone, I felt bound to them. I was petrified of losing them and having to let someone else in to fill that space, or feeling like they would take what I had revealed to them, that part of me, with them, and it wouldn’t be mine anymore. That scared me a lot.

I was really protective of the things I did or made too. I didn’t do that many creative things, but even all the way through college, the moment the words “peer review” were uttered, my heart stopped. It just felt like this horrible thing to think that something I had created would be seen and judged or even commented upon by one of my peers. I fully hated it.

Then, the summer before my senior year of college, I found myself in a stranger’s backyard for a bonfire with a friend. She and I had met because we both worked at a local bakery and we became surprisingly close for how different we seem at surface level. But we were there at this bonfire, and we were all drinking, probably way too much. And I don’t know what we were talking about exactly, but another friend of mine’s name came up – this guy who was in my pack of “guy friends” in high school, I had a lot of “guy friends”.  But, his name came up and I just started crying really hard, and obviously the alcohol had some part in it, but she knew it was not a normal thing for me to be doing.

So we walked over to the side of this house and I told her about this really horrible sexual experience I had had with that person at least a full year before. And I was just crying and crying and all I remember is saying, “I said no, I said no, I said no.” And I don’t know what I thought was going to happen after I told her this, but it was almost like I had no control, it all just poured out of me. And her response to this thing that I told her, which for me was enormous, while making a mild scene at her friend’s house was that she just hugged me. She wrapped me in her arms and squeezed me probably tighter than I’ve ever been squeezed before, and she told me that what had happened was wrong. And she told me that he was wrong and that what had happened wasn’t okay.

And it was all very hazy, but I think that her reaction to me revealing this thing that had honestly just been plaguing me for however long flipped a switch for me. I knew that that interaction changed something in me, it opened something up. And I knew that the compassion that she showed me that night was categorically feminine.

So in the fall I went back to school, where I had a lot of people to go out with, but not really any close friends. And I finally got to take some elective classes on subjects I hadn’t been able to take before on topics that had to do with social issues, and I was thinking really hard about where I could fit in and be useful in different struggles. It was at the same time that I feel like everyone I knew was becoming very aware of a lot of social justice matters. And then the Elliot Rodger shootings at UCSB happened along with the resulting #yesallwomen hashtag. And it was at the same time that a close girl friend of mine from high school had started this cool women-centered writing collective Obvi, We’re The Ladies.

And with all of these things rolling around in my head, it occurred to me that I could tell my own stories, especially about what it meant to me to be a woman and the things I was learning. And I thought to myself, you know what? I can do that. I need to do that.

I couldn’t believe how healing the entire process was: the writing itself, the discussions prior to publishing, and then the conversations it allowed me to have after it was published. It felt like scrubbing myself clean after years of feeling a mix of blame and shame and disgust and numbness.

So since that first essay I wrote was shared, I’ve known on one level or another that this is what I should be doing – what I need to be doing. Even when I feel too tired or busy or stressed or scared.

Every time I share my own stories, and every time I get to work with our Ladies to share theirs, I re-learn that as women, our shared experiences connect us, but we are all so different in the best ways. Sharing our stories helps us appreciate one another’s experiences and learn from each other. We grow together and hold each other up and to me, there is nothing more beautiful.