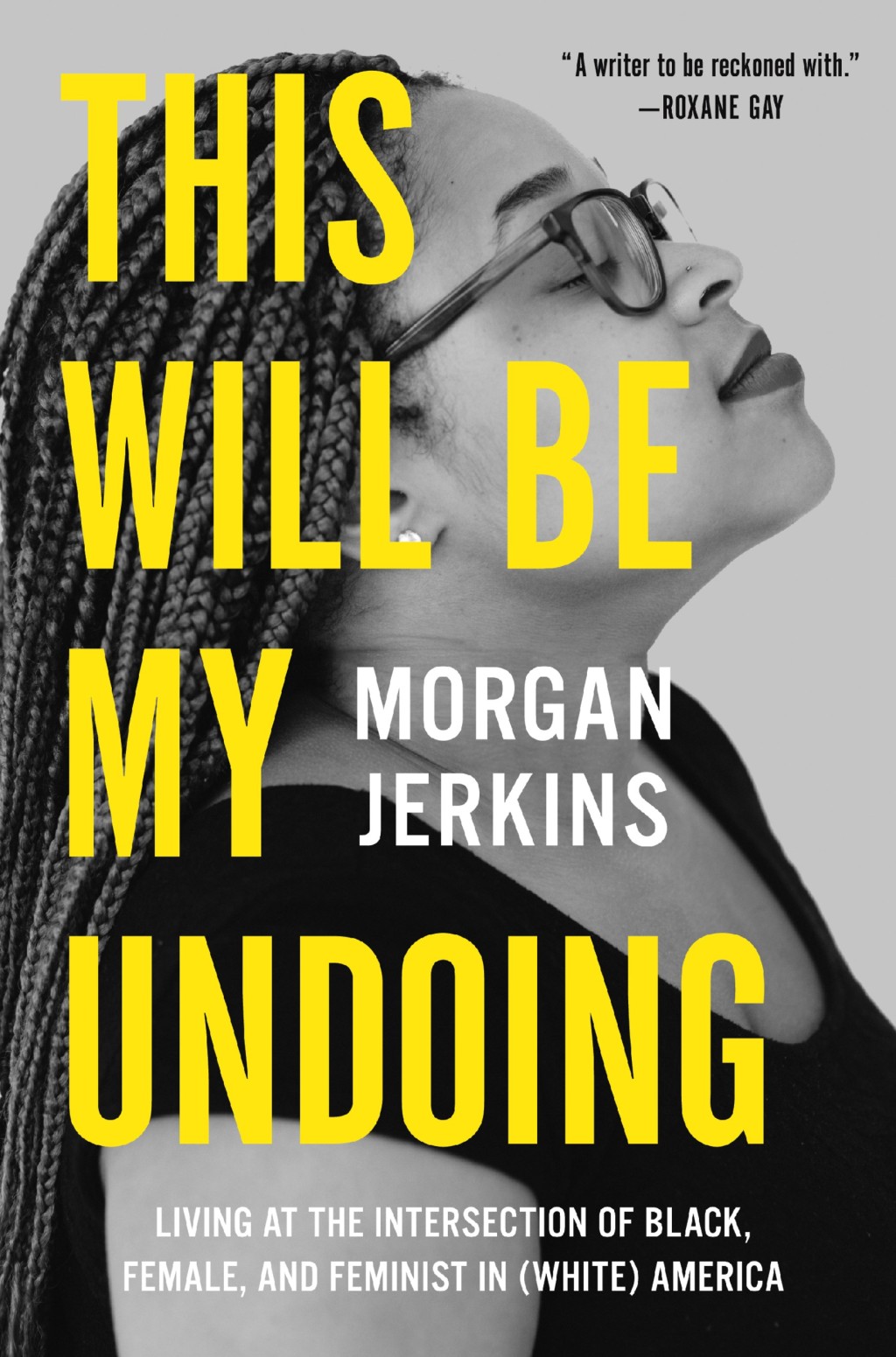 Morgan Jerkins breaks down feminism and more in her new book
This Will Be My Undoing
and I am listening.

“There is no such thing as white-guy loyalty.”

One of my favorite comics, Tom Segura, utters this phrase in his Netflix special Disgraceful. He describes a situation in which he had been witness to another white man calling a black man the n-word. What ensues, is another black man approaching to gang up on the offender. In watching this Tom realizes that the kind of loyalty people of color possess, the way in which they depend on each other is non-existent among white people. In fact, when the situation arises, he makes every effort to disassociate himself from the white man and attempts to show his support for the two black men. Although this epiphany was part of a comedy sketch, it isn’t untrue, and I haven’t stopped thinking about it since watching the special.

I thought about the ninety-five percent of Black Americans who voted for Barack Obama in the 2008 election. At the time, I thought it was wrong. I knew nothing of politics and I hadn’t paid attention to any of the events leading up to the election but, finding out that people had voted for him strictly based on his skin color puzzled me. Ironic, isn’t it?

I thought about the pamphlet I received from Fairfield University, the first college I attended. It featured two white students, one Black student, and one Asian student all strategically placed in front of the entrance. US News reported that on a scale of zero to one, one being the most racially diverse, my college landed at a 0.25 for the 2016-2017 school year. As a white student attending, I did not notice.

Now, I’m thinking about the opening line for the article in which I discovered this information: “College-bound students who believe that studying with people of different racial and ethnic backgrounds is important will want to consider student-body diversity when choosing a school.”  It’s as if racial diversity is being implied as a characteristic we can choose to embrace (or not); that we can choose whether we want to accept people of color themselves as members of our society.

I will not remain loyal to this kind of thinking. Diversity has never been, and never will be, a choice.

In Morgan Jerkins’ 2018 debut book, This Will Be My Undoing, she highlights the importance of association and loyalty within the Black community, specifically among Black women. Through her analysis of the sexualization of Black women from girlhood throughout history and the expression of her devastation from the verdict of the Trayvon Martin trial – the pain reaching her from worlds away – Jerkins manages to describe a loyalty that no white person could ever understand. “Pain does not ravage the black woman’s experience; rather, pain embellishes it, for it is through that pain that she recognizes her own tenacity and is reaffirmed by her community, without which she could not survive.” Empathy, shared human experience; they seem so minute to those who anticipate a traffic stop to be more of an inconvenience rather than a possible D.O.A. declaration. To people of color, specifically Black Americans, possessing the same scars is a means of survival. Before dropping me off at the mall for a shopping trip with my friends as a teen, my mother used to urge us to “stay together.” Do you see it now?

According to the Center for American Women and Politics (CAWP) and the Higher Heights Leadership Fund, in 2018 there are 7,384 total state legislators and only 1,871 of them are women. Of the 1,871 women, only 276 are Black. The representation of Black women in politics has increased; going from 2.3% of total legislators in 1998 to 3.7% today. Still, that’s only 2.3% of all 22.4% of women who made up legislation in 1999 and the 25.4% that make up legislation today. Maybe the Black voters who put Rep. Mia Love (R-UT) or Rep. Yvette Clarke (D-NY) in office did not entirely agree with their policies. Maybe Ms. Love and Ms. Clarke wanted to raise taxes on their struggling constituents, maybe they wanted to ban abortions for the 2.8 of every 1,000 Black women raped between 2005 and 2010. Maybe it didn’t matter. “…although they swear and steal, they are also a tribe that looks after its members,” (Jerkins, 2018). In a white, patriarchal society, I imagine having a powerful woman of color making decisions among the big dogs is quite comforting. I also imagine being that powerful woman of color is quite terrifying.

So, what can I do? How can I support these women? How do I use my voice to start a conversation, to tell a story, without hushing the woman who should be telling it? As Ms. Jerkins implies, and as I tend to agree, there is very little room for women of color in mainstream feminism. “It signals to women of color that their stories are only worth telling if a white person can understand them, and therefore that a white person’s emotions and responses are of greater importance than the stories themselves.”

I’m sure the 94% of black women who claimed they voted for Hillary Clinton at the 2016 exit polls knew they would be misrepresented. I’m sure they knew that a win for Hillary would not be a win for all women, but a win for white women. They knew she had no loyalty to them and would therefore change the narrative of their story, intentionally or otherwise, to fit into her world. This was a  sacrifice made as a means of survival. In his poetry collection, Femme in Public, Alok Vaid-Menon asks, “What feminine part of yourself did you have to destroy in order to survive in this world?” For Black women, it is all of it.

I will never be able to show the kind of loyalty Black women need. I think recognizing that is one of the first steps in acknowledging our differences, and in understanding that some of us need feminism more, and in different ways, than others. I don’t need to provide it. I am happy to sit back and allow you to take what is yours. Just know that I am willing to speak out against anyone who tries to take it from you and say, “You should’ve known they were coming.”