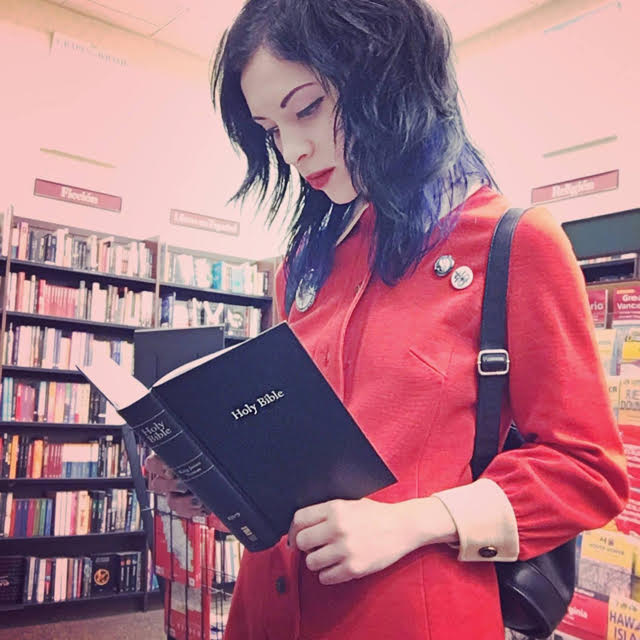 With May Day coming up on May 1, it’s a great time for us all to be re-inspired byLucy Parsons, a #BlackIndian Latina resistance leader.  She taught us how to resist, as she helped organize the first May Day march of 1886, setting up modern protest as we know it today. If it weren’t for Lucy, we might all be working 16 hours a day in factories from childhood on. She was an intersectional feminist and mother of the sit-down strike (sit-ins in the 1960s and Occupy most recently).

The Lucy Parsons Center in Boston and Lucy Parsons Labs in Chicago still carry her name. They advocate for our civil liberties and research police brutality patterns, respectively.

Lucy Gonzales Parsons is the reason we have certain protest tactics and direct action that are still used now. She’s widely known for not backing down and standing up for those in need.  There are those out there who carry on her legacy.
Stay tuned here and watch the tag #LucyLives to find out who they are.

This week, we bring you Ali Kellog: Co-Chapter Head of The Satanic Temple of Los Angeles

Tell us about your background and how you got started with your calling in life.

I have a weird jumble of things in my background. I’m a musician. I played in a number of bands for years, made several albums, toured. I do scores for short films, aerialist and dance groups, and animations now. I’ve been putting together events, music festivals and running DIY venues since I was 16. Academically, my background is in archaeology and anthropology. I worked as a research assistant at UCLA and excavated at sites in Central America while studying the effects of maize monoculture on the ancient Maya. After college, I worked as a teacher and a tour guide at a Holocaust Museum.

I got involved in activism when I was about 15 – namely going to protests, volunteering and working for several non-profits. I’ve always wanted to find a community of political and social change-oriented people who combined art and activism without it being a bunch of flowery talk and no actual work. I learned about The Satanic Temple when they were crowdsourcing for the Baphomet statue and fell in love instantly. TST has become a tremendous part of my life, and I feel very fortunate to be around a tight-knit family of people who aren’t armchair activists, and are actually doing radical and brilliant work. I’ve since become chapter head for Los Angeles and help run a number of our national campaigns.

How do you identify with Lucy Parsons?

I identify with Lucy in that she was a woman who was angry at the unjust nature of the world. Some people funnel their anger into destructive and hurtful behavior. She channeled that anger into something productive and altruistic. She decided that it was more important to herself to use her voice to try and change the things she didn’t like, versus weighing more importance on the risks that came with it. Women are on the end of endless criticism, particularly in regards to being too frank or opinionated. When a man is outspoken, he’s considered a great leader. When a woman is outspoken, she’s obnoxious and bitchy and unbearable. Lucy didn’t care about any of that, and in a time where not only being a woman but a woman of color in particular obliged silence and obedience. She’s an iconic activist, and her bravery and determination are qualities I strive for.

What are your proudest moments?

Going backwards. Those moments where you look at your first sketch for something, after you’ve accomplished it. Recently I put together our Satanic Mass, which is now the largest Satanic gathering in history. About two months after it, I was cleaning my house one day and found all these pieces of paper from over a year before where I first made a list of the lineup of bands and performers I had in mind, drawings and crumpled notes from writing the rituals, prototypes of the poster. Same with if I write a song I wind up really liking. I look through notebooks where I jotted down lyrics and chord progressions, scratched things out, drew arrows all over the place. All that messy self-doubt and risk taking involved in the evolution of making an idea into an accomplishment, I’m learning to be proud of that more than the finished product.

What have your biggest challenges been and what do you anticipate?

Overwhelmingly my biggest challenge is my self-criticism and insecurities. I can be really hard on myself. At times, negative responses to what I do, and what others think of me. I’ve received death and rape threats. A few months ago my work address and photos of me were posted on a website where users were talking about how they should “pull a Gabrielle Giffords” on me, “but not screw up this time.” That stuff I generally just pin as unhappy people with an internet connection. I’m much more afraid of my self-doubt, and the capacity it has to prevent me from working towards something I want.

How are you using your voice?

Any way I can think of. Teaching, speaking, writing, and singing. Even playing guitar, to an extent. Teaching at the Holocaust Museum was one of the most important experiences I’ve had. I still teach kids, both for work and as a part of my endeavors with The Satanic Temple. I write for a few magazines and online editorials. I organize events where people can come together and share their voices, or lend them to a mutual cause. I collaborate with other voices. There is a war on voices by our government and people who are afraid everything different from them. I also remember to shut off the valve and receive knowledge, not just dispense it.

What do you want to change about the world? And how will you do it?

I want to see a more compassionate and rational world where people are stripped of their fear of one another. I want to see a more curious world. I can’t fix the world, but I can resist fear, be kind to others, create platforms for people to come together and celebrate the good, and never stay silent or apathetic to the bad I see around me. Finding new ways to combine music, art, and activism that are effective and not just servicing the artists.

What’s next for you?

There are big things in the works for The Satanic Temple. We’re growing rapidly and I’m excited to be a part of it.  I’m working on some more ritual and live music-based events for us, including our next Satanic Mass for 2018. We are fully launching our After School Satan Club program across the country to combat the war on education by the U.S. government and its current presidential administration. I’m working on a children’s book series on major historical periods involving revolutions. A few of us in the Los Angeles chapter are collaborating on a book about the accurate literary history of Satan. I’m currently writing a treatment for a video series on migrant children and children of immigrants in California. I’m mastering a new album right now, and writing a short film/really long music video to go with it, which will be filmed this summer and released later in the year.

If you feel Lucy Parsons’ spirit of resistance lives in you, get in touch!  We’d love to hear about you and your activism.