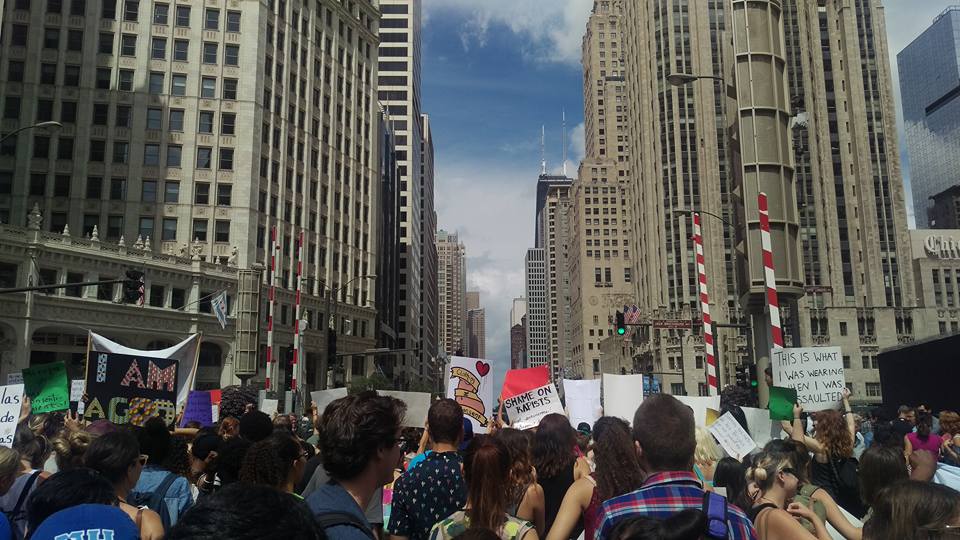 As a Gender and Women’s Studies triple major, I am often a feminist killjoy in a sea of even more radical and angry feminist killjoys. I love this sea and relish the talk of feminism, intersectionality, and gender. I live for the moments when I see classmates and peers learn something new or explain something new to me. I plan on continuing to learn more and more throughout my life.

Because of my academic background and political beliefs, I am routinely designated as the spokesperson for these ideas when talking to my family and friends. They ask me to explain the differences between feminist waves and which one we’re currently in. I get asked so often, that I have taken the time to think deeply and critically about it and prepare an answer for whenever the question arises. The answer I’ve settled on might not be perfect or exact, and it focuses on feminist history in the United States, but I feel confident. I am, of course, open to debating and expanding or redefining what I consider to be the three or, arguably, four waves of feminism.

The first wave of feminism took place in the late 19th and early 20th centuries and was focused heavily on the abolition of slavery within the United States and the struggle for the right to vote (for white women). Feminists of this wave strived for the enfranchisement of white women and their belief that being able to vote would help them to achieve even more political fervor. Although the focus seemed to dwell on the right to vote, Black feminists like Sojourner Truth seized the platform to reach a larger audience. Her words and the words of others like her were the call to arms for feminists who would follow.

The second wave exploded in the 1960s and focused mainly on the attempt to close the social, political, and economic divide between the societal gender binary of men and women. This wave was strongly influenced by the works of Simone de Beauvoir and Betty Friedan as well as protests of the Vietnam War. This is the wave that brought us the stereotypes of the angry, man-hating, bra-burning feminist – a group of women protesting the Miss America pageant burned their bras and other items they considered to be shackles of societal gender roles. Although this wave of feminism is often dismissed as the fight for white middle-class women, many women involved in the feminist movement were also involved in other political movements such as the Black Panther Party and other anti-war, anti-establishment groups.

The third wave started toward the beginning of the 1990s, when the right to choose in the United States was almost repealed. This period is defined by decentralizing the cis-het, white, middle-class woman and more mainstream considerations of the intersectionality of race, gender, and sexuality. The proliferation of zines and all-girl bands exemplifies the empowering attitudes of the third-wave feminists. Like the feminists before them, these new-wave feminists were loud and fought to take back control of their bodies.

Finally, the fourth wave of feminism – the current wave. Some argue that we haven’t yet left third wave feminism but I do not agree. I believe that feminism today is even more inclusive and intersectional than ever before and discusses intersectionality and feminism on a global scale much more widely. Feminists today continue to fight for rights like equal pay but are much more critical when white women take the stage and silence voices of women of color and queer women of color. Acknowledging the complexity of identity is demanded and celebrated, an aspect I love dearly.

Learning about feminist history and composing an overview like this has been incredibly helpful. Not only as a tool to help others better understand feminism, but for reminding myself of the feminists who came before me. I am thankful for the opportunity to study topics the interest me and to make like-minded friends with whom this quick overview has been compiled and revised time and time again.

I will be the first to admit that my perspective is not perfect or the final, correct answer. I am always open to learning more and adapting my views. I am excited to see the fourth wave solidified and possibly the introduction of even more waves as we march toward a better horizon.