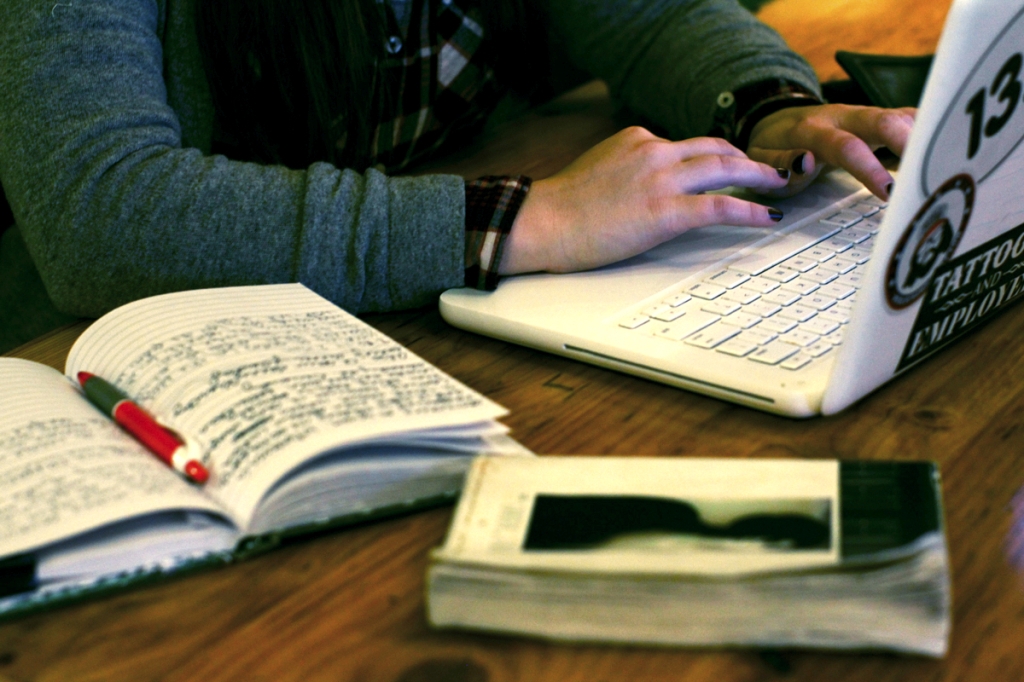 kaBeginning grad school is like beginning pre-school for adults. When you graduate from high school and get ready to go off to college, a ton of 18-year-olds around the country are thrilled because they finally leave their parents’ house and freedom is at their fingertips.

Well, I’m 26 and I’ve been “free” for a few years, as most new graduate students are. Today, my first day of school, felt very much like what I imagine I felt when I was 3. With fewer tears in public, of course.

For the most part, everyone in graduate school is above the legal drinking age, so there isn’t that whole notion of “I get to go to college and get wasted.” We start orientation with a few wine bottles already finished and in the recycling because it’s not classy to keep the empty bottle collection on the fridge anymore.

On the first day I was so anxious. Feeling simultaneously excited and fearful, I spent the morning trying to curb my anxiety. We have no idea what to expect and there’s an intense amount of pressure considering that this is it: professional school. There are no random core requirements like geology. No “welcome to college let me show you how to be somewhat responsible” orientation class. We all know why we’re here and yet, it’s still terrifying. We sound and look like adults but literally everyone in my classroom was confused and freaked out.

The amount of information and resources available to us is completely overwhelming. It feels silly to comment on that, especially since I’m in Social Work school and I’ll be spending most of my days talking about privilege, oppression, diversity, and social justice. But real talk, the amount of things available is so scary! I truly have sole responsibility of how I spend the beginning of the rest of my professional life. How is this not like pre-school? I didn’t really understand what was going on then, and man, all the toys and books I could play with. Talk about resources, it was a dream come true.

And the whole making friends thing! In college, I remember at least half of the freshman student body going out and bonding with some random person from their dorm over shots of Dimitri vodka. It tastes like rubbing alcohol and there’s a huge chance that you won’t even end up being friends with that person after orientation weekends.

Grad school orientation was a whole new ball game. I had to PICK people to sit next to! Three-year-old Kara probably had a lot less anxiety about that, but my twenty-six-year-old ass at 8:30 in the morning was pressed. “Who am I gonna sit with?” “Are they gonna like me?” “Am I gonna like them?!” “Oh shit and I have to make small talk this early” “I’m an adult now I shouldn’t be having these feelings…people like me by now I’m 26!” “I guess I’ll ask these people if I can sit with them and hope they say yes.”

Replace “sit” with “play” and I’m three all over again.

At the end of the day after 8 long hours of trying to solve all of the world’s problems, the professor has a room of 25 grown-ass people stand at the chalkboard next to the social justice topic we wanted to talk about. We huddled like cattle to stand at the chalkboards and realized we couldn’t all stand near the written topic of our choice because we are no longer under three feet and less than 50 pounds. We spent the whole activity trying to figure out who was where and what they actually wanted to discuss. I realized then, in the midst of the confusion and the awkwardness of standing in a line with strangers that pre-school probably felt like this. The only difference now is that we’ve been socialized enough to know that it’s inappropriate to yell to the teacher that we don’t want to stand next to someone.

I’m okay with it, though. There’s always snacks in pre-school and now that I have to pay my own electricity bill, the free food in grad school is something three-year-old Kara would never have fully appreciated.