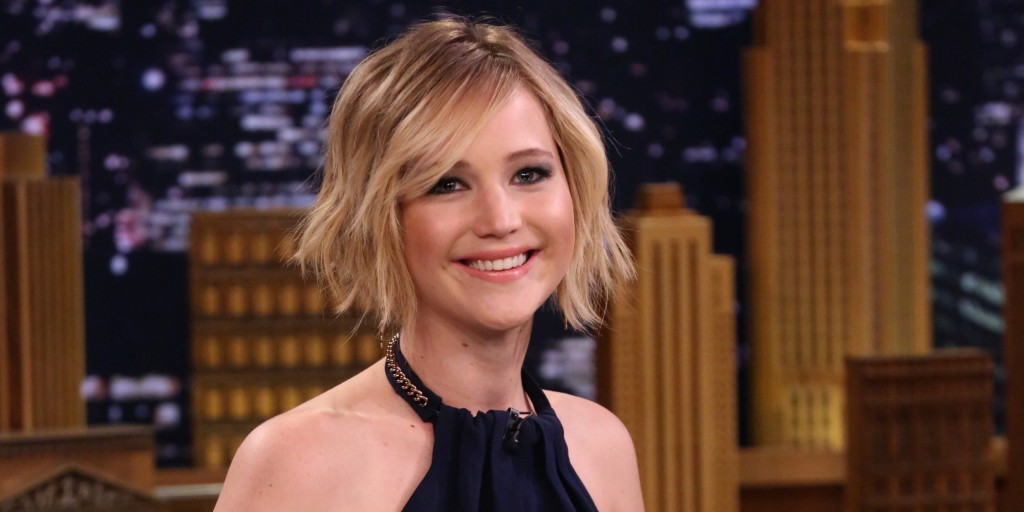 Another important celebrity stepped up to the feminism plate this week, the one we have all been waiting for: Jennifer Lawrence. She took to Lena Dunham’s new feminist platform Lenny Letter (which reminds me of our own Obvi!) to write about her thoughts on the gender pay gap and sexism in Hollywood. We all know it exists, but I never tire of hearing celebrities discuss it in their own ways, and J. Law’s essay was no exception.

Jennifer intertwines humor with a very real message, which is utterly refreshing. In the essay, she acknowledges that she has not really added her two cents about feminism to the pop culture world yet, and goes on to address the Sony hack scandal which revealed that she had earned less money for her performance in American Hustle than her male counterparts. While she says she obviously does not need the extra money, the poignant takeaway is that she did not feel it appropriate for her to fight for more. She did not want to be labeled as “spoiled” or “bratty”, which is a totally relatable feeling for other 20-something women out there (and women of all ages, frankly). She asks the question: Would a man feel that way? Would a man be chastised for being “bossy” or “difficult” for stating an opinion or asking for equality? Jen doesn’t think so and neither do I. “I’m over trying to find the ‘adorable’ way to state my opinion and still be likable! Fuck that.” This so resonates with me and, from what I have read as people shared the essay and commented on social media, resonates with many others.

Jen’s essay could not have come out at a better time for me, since I recently experienced this same gender bias in the workplace. I found out a male coworker at my previous job was making more than me even though we shared the same job title and responsibilities. But what could I do? Alienate myself by pointing this out, or suck it up and let it go? It is a really tough situation to be in and I wished I never saw the pay difference at all… ignorance is bliss, right? As I discussed this with my significant other, the conclusion was that, while it certainly sucks, I did not ask for more money when I was hired. When I read Jen’s essay, I felt validated by her same conviction. She said that when the Sony hack details came about, she was not mad at Sony, she was mad at herself for not being a better negotiator. While I felt a little better that a celebrity came to the same conclusion as I did, that twinge of pain still lingered. If nothing else, I will have to take my experience as a lesson learned and roll with it for the future.

Of course, Jennifer Lawrence makes a lot of money and is Hollywood’s current golden child, but that does not make her exempt from feeling the stinging touch of sexism in the workplace. Dissenters have commented that this essay deserves a big ol’ eyeroll, either because she probably wrote this from a mansion or because she didn’t have as big of a role in the movie or for whatever reason trolls are trolling. I do have to say that I took a second look at the essay with a similar lens, albeit much more diluted than the trolls’.  As much as I may have wanted to write off some parts of the essay because she clearly has enough money (she says so herself), doing so would mean perpetuating this stigma. If I think it is wrong that I get paid less than a male counterpart doing the same job, then I should definitely think it is wrong for a multi-millionaire to face the same fate. Anyone who feels they are being wronged simply because of their gender has a right to speak out about it, plain and simple. And boy am I glad J. Law got the conversation roaring yet again.