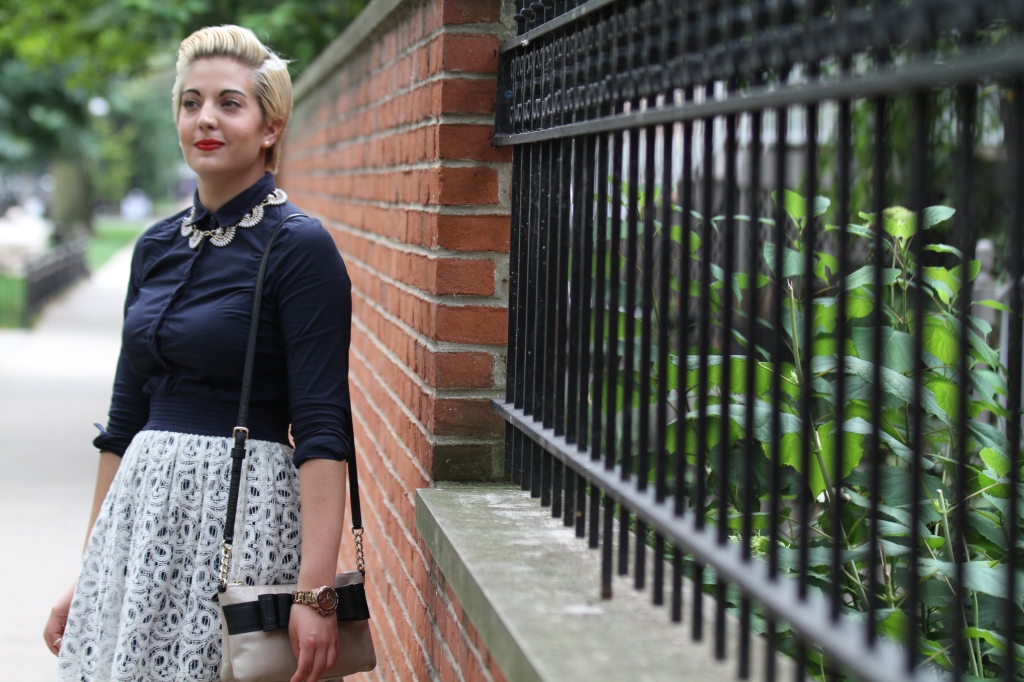 I am Mary Kate Pleggenkuhle. I am happy, passionate and full of life. I smile. I dance. A mantra I borrow from Miranda Kerr states, “I am a being of light and love and I radiate that to everyone I meet.”

My personal philosophy and approach to feminism stem from these characteristics. They are centered on respect and kindness. These are values that have been very alive in and important to “Obvi, We’re the Ladies” from the beginning. It has always been our mission to not make our point at the expense of another woman’s behavior or opinion. I am open to and excited about conversations that challenge my understanding of the world around me, but I always challenge myself to keep a positive outlook.

If you’re a reader, you likely know the origin-story of Obvi. We began with the goal of creating a platform for young women to freely discuss personal experiences. We hoped that documenting these experiences, some more trivial than others, some more universal than others, would allow readers to relate and feel less alone in their struggles.   As this original plan developed and grew into it’s own entity, I began to learn more about the feminist movement, gender inequality, and how other social issues relate to create one incredibly complex conversation.

I’m proud of these realizations. I’m proud of my ability to understand these situations on my own. I’m proud of myself for asking when I am too blinded by the good intentions to see the inherent exclusivity. The most recent example of this followed the media frenzy surrounding the introductory address by UN Women’s newest Goodwill Ambassador, Emma Watson.

Ms. Watson’s use of language in this speech seemed unintentionally exclusive. Where was the representation for trans-women and men? Where was the mention of inequality as it relates to people of color? While I was able to relate to that speech on a very personal level, and while it inspired me greatly, I read further into her words and found myself wondering: Would I feel the same way if I were a person of color? Would I feel as inspired if I were a trans-woman?

I do not know the answers to these questions. They’re big questions. I have not, and most likely will not, be able to entirely understand the additional struggles these women face in the battle for gender-equality. But I’m proud of myself for recognizing their struggle and for wanting to understand it. While these realizations don’t erase my privilege, they provide me with the wherewithal to discuss these implications with others. One of the greatest goals I have for myself is to be able to explain these circumstances in which gender-inequality goes unnoticed and manifests itself even in one’s best efforts to fight it, and to do so without the patronization that often shows face in these conversations.

I understand the flaws in Emma Watson’s speech. I understand the problems that come from people only knowing popular concepts of feminism i.e. Beyonce’s 2014 VMA performance; and nothing further. However, I think that it’s particularly unfair to come at these young women so aggressively for their omissions. I think that three months ago, in speaking, I would very easily have made similar yet accidental exclusions. I didn’t know better. Taylor Swift, who not long ago publicly dodged referring to herself as a feminist, has more recently retracted that statement, explaining that she had been a feminist all along; she just didn’t know what it meant. I don’t think she’s the only one.

I see essays, article and books that discuss the topics of gender-inequality in our culture and frequently find myself frustrated.   Sometimes for the better, but I don’t always think so. While I respect the minds of these brilliant women, I also loathe the aggressive tones they sometimes take while making a point. Such tones that, when channeled appropriately, have the potential to be impressive and insightful, but have in my own experience proved distracting from any true meaning.

As I continue to truck through my heavily annotated copy of Bad Feminist by Roxane Gay, and I continue to read articles on the internet in response to popular culture, the language used, especially to refer to these young women and their errors, makes me self-conscious and frustrated. I think about what these writers might say if they read the essays on Obvi. I imagine Ms. Gay would be able to write an entire book about all the problems she found.  I imagine her calling me a brilliantly colorless, tragically naïve, charmingly useless voice in the feminist conversation. I fear she would think I am soft, or worse, ignorant.

Realizing that these are merely personal anxieties, I can’t help but reflect further. I believe in the social, economic and political equality of all genders. I want these rights to exist for all genders, races, economic statuses and otherwise. I want all of these things and more. I fear that as I become more aware of how far we have to go, and as I soak in more knowledge about feminism and gender equality, the more I will have to leave my radiating light and love behind, and the more obligated I will feel to become an “angry feminist.”