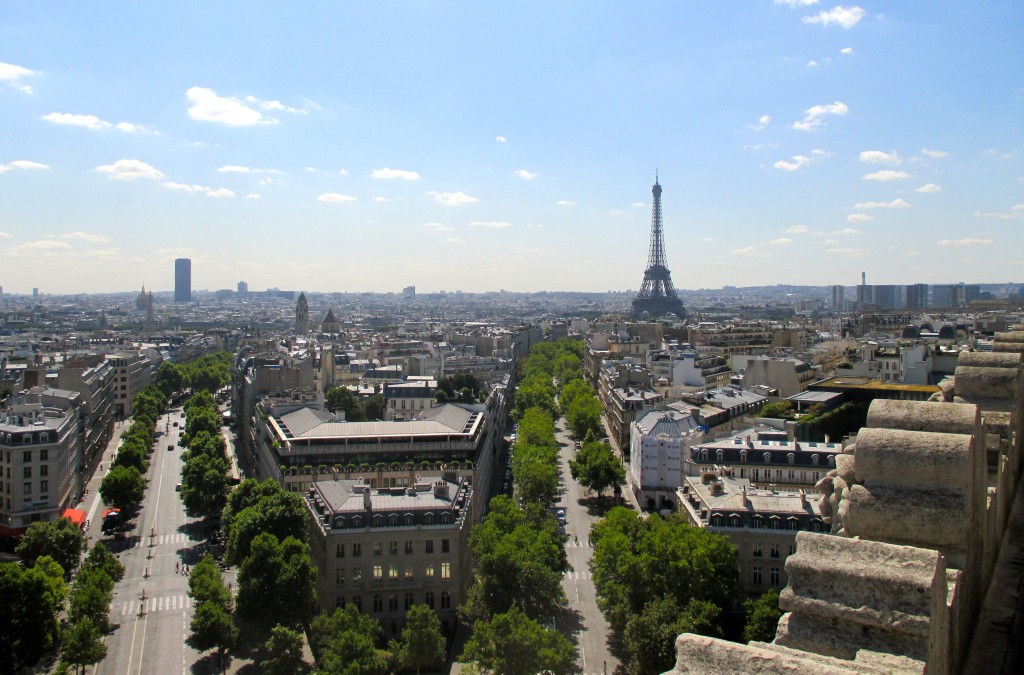 Studying abroad has become very fashionable in the collegiate world.  Many students, including myself, all across the U.S. and other countries get an amazing experience living and studying in a foreign country.  Many times before studying abroad, students have to prepare by attending different seminars to learn how to assimilate and deal with ‘culture shock.’  The thing that nobody prepared me for is the ‘return shock.’  When I say ‘return shock,’ what I mean is becoming re-accustomed to my life before study abroad.  Furthermore, when back in Chicago, I had to become accustomed to that harsh reality that not everyone wants to hear every detail of my trip, which was initially very shocking.

I studied abroad for 6 months in two countries, three months in Mexico and three months in France.  With that said, I’d like to say how lucky I feel to have this opportunity under my belt, along with endless, life-long memories.  Upon returning to Chicago, I figured all of my family and friends would be completely and utterly engaged and question-filled about my incredible, amazing, once-in-a lifetime opportunity.  Didn’t they want to hear about the paella I ate in Madrid? Or about climbing up the stairs of the Mayan temples in Xumal?  Didn’t they especially want to know if people actually carry baguettes under their arms in Paris?

Instead the conversation would go something along the lines of:

Friend/Acquaintance/Family Member: I haven’t seen you in SO long. How was your trip?

Me: Amazing!  I did so much and it was definitely a life changing experience!

And then the conversation would move away from my study abroad experience to talking about something else, most likely something mundane like the feeding habits of their cat.  Didn’t they realize that I had a crazy beautiful, mind-altering, inhibition-freeing opportunity overseas?  And on top of that, that I wanted to discuss every aspect of it?  I had eaten baguettes and drunk red wine in front of the Eiffel Tower.  I had gone to the mountains of Chiapas and seen the native Mayans of San Juan Chamula. I had gotten swindled by a cab driver in Rome to pay way too much money for a ride to the hotel.  And I wanted to talk about it, dammit!  Every experience that I had, small or large, good or bad, had helped me grow and learn in some way and I wanted people to ask me about it, to be truly interested because these experiences are important to me.

In thinking about this, I realized that I should not devalue my experiences abroad and I have the right to consider it unique, totally awesome, and life-altering.  When I hear that someone I know has been to Paris, I will ask them unlimited questions and I will share unlimited stories.  Normally there will be a lot of squealing as well as a repetition of “Oh my god!” and “Pourquoi pas?” At the same time I have become more careful in not devaluing the time of my friends and family who did not do things my way, in this instance studying abroad.  We both had our own personal experiences that are unique, incredible, and life-altering to us.

After re-accustoming to my life in Chicago, I found myself in a similar position that many other fellow studyabroaders encounter: filled with feelings of wanderlust, nostalgia, and a dash of angst for having to now remain in one place.  Where was Ryanair when I needed it?

The thing is, I don’t need Ryanair to find new places nor do I need to be living abroad to find adventure.  The magic of being abroad was when I let go of my inhibitions and tried new things, saw new places, and met new people.  But why can’t that happen anywhere?  Walking down Irving Park Road can be equally as mesmerizing to someone with a fresh pair of eyes as walking down Boulevard Raspail was to me when I saw it for the first time.  Don’t get me wrong I loved staring at the sparkly Eiffel Tower as much as the next person and, ever since studying abroad, all I want to do is travel again, but at the same time, I have found new appreciation for a place that I call home.