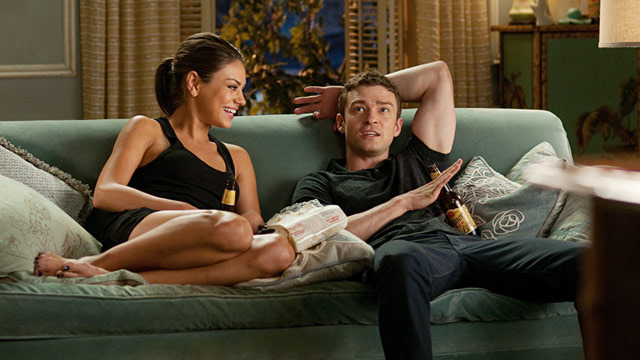 Sex is an emotional thing. To deny that is to basically wish upon yourself a lifetime of disappointments and repeated mistakes; at least that’s pretty much how my love life has gone so far. I don’t regret my past but, looking back, a pattern becomes clear that shows I suffer from some pretty common misperceptions that have cursed my romantic endeavors. Trying to balance school, work, social and family life along with a relationship just doesn’t work for some people, but a stumped libido is no fun thing either. Sometimes you just have to take what you can get, and sometimes that means leaving a trail of flings and some broken hearts behind you. One of them might just be your own.

What I’ve noticed is that many people in our generation want to have their cake and eat it too. The romantic ideals of the past have shifted into an impossible paradox -the ‘fuck buddy‘ – an independent relationship founded on a mutual ability to sexually gratify each other and the understanding that, “it’s all casual”; but there’s the rub. All too often, too much goes assumed in the way of the other person’s desires and intentions. For a generation obsessed with social media communication, we are surprisingly inept at communicating about sex and love. How do the two rely on each other? Where is the line drawn?

Both lie within a delicate spectrum that changes from person to person. While the term ‘emotionless sex’ sounds fun and all, it’s a doomed relationship any way you look at it. Sex is inherently emotional. Pushing the goopy love stuff aside, the scientific proof is clear: sex is a complex tumble of emotions and physical sensations, at the very least involving the combination of trust and reciprocated lust. Still, there’s the ominous question: What is lust? Is it a scientific formula, and if so, does love fit into the equation?

As one with a number of love-less sexual encounters under her belt, I say that there’s a definite distinction between love and lust, although the two aren’t mutually exclusive. Through my countless endeavors to find the perfect companion to harmonize with my independent lifestyle (and when that didn’t work, the countless attempts to fix someone up to fit the role as much as possible), I’ve realized that while love isn’t required to be satisfied, even sex on its own has the power of creating a bond of intimacy. Regardless of my intentions.

I fought it as much as I could but I’ve come to the conclusion that for two people to sleep together repeatedly and neither expect the other to develop emotional dependence is to fall into an ignorant assumption. It may be bliss for a while, but not forever. The only hope for this kind of relationship comes in the form of a clear-cut understanding through continued communication. If it’s just sex, I should say that sex is all I want and check in with the other person from time to time about where their head is at without being afraid to bring up the subject. I need to be the one to start the conversation and not leave the other person in the dark, waiting for more. Thanks to spending some time in that ignorant darkness myself, I realized that I would never want someone else to be there if I could help it; because I’ve seen the results and they can be devastating.